All pre-purchased sessions and packages are non-refundable and have a 12 month expiration date.  NELCAT does NOT accept insurance and does not in any way guarantee any reimbursement from your insurance company.  Every insurance company and policy is different and depending on your policy, you may be able to submit receipts for possible reimbursement (flex spending accounts, etc).  Our services are classified as coaching, mentoring, accountability  tutoring or pastoral counseling.  We will always provide you with a receipt for services.  Payment for services is expected at the conclusion of each appointment.  A 24 hour cancellation policy requires at least that much notice to cancel an appointment or you will be charged for your visit.  State emergencies and road closings negate the 24 hour cancellation policy.  All information submitted via the website will never be sold or shared with any other vendor.  Payments that are overdue for more than 30 days will be charged a $25 a month late fee and accrue a 5% interest rate. We accept payment in the form of personal or business check or cash. New England Life and Executive coaching is based in the Greater Boston area (North Shore) but team members will travel based on need. 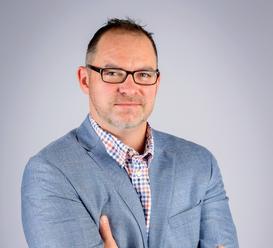 Thank you for contacting us! If needed, you will hear back within 48-72 hours.

Due To The Corona Virus And Covid Crisis,

Most Appointments Are Conducted Virtually

Or Over The Phone.

Some In Person Meetings Are Available.

We Are Currently Accepting interviews with New Clinicians, Life, Health and executive coaches to join our team.

MEET SOME OF OUR TEAM

Michael  has worked extensively with thousands of students, families, couples, individuals and executives over the last two decades.

He has worked with the homeless in the greater Boston area for over a decade and has led thousands of students, families & groups on work projects and serving meals. He has led over 150 retreats and workshops in the last 15 years. He has extensive training in leadership and coaching, specializing in transformational life coaching and executive coaching.

Michael then entered the tech world and has led global teams overseeing business development and sales.  He has closed deals on 6 continents, travels the globe and currently serves as the Global Sales Director for a prominent tech company based in the Boston area.  Working daily with CEO's, CFO's CTO's and businesss leaders across multiple verticals and industries, he continues to see a select few clients each month.

When other traditional trajectories have failed (and been a waste of money), clients  often express that they wish they had contacted New England Life and Executive Coaching first.

Noted as a gifted and charismatic leader, speaker, motivator brainstormer and coach, Michael regularly speaks before large groups and audiences.

Many additional clinicians are available based upon your individual needs.  Call today for an initial conversation to get started!